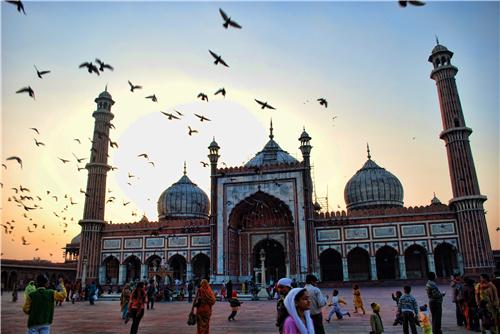 The Bijapur city in the Bijapur district in Karnataka is one of the famous pilgrim spots in the state. There are so many places in Bijapur with religious importance. Devotees from different sides of Karnataka and neighboring states visit the pilgrim centers in Bijapur often.

Lord Shiva Statue in Bijapur is the second largest statue of lord Shiva built in India. The statue is built in a height of 85 feet by sculptors from the Shimoga district in Karnataka. It took just 13 months for the completion of the construction works of this statue. T.K. Patil Banakatti Charitable Trust worked behind the erection of this huge Lord Shiva Statue in Shivapur on Sindagi Road. The location is becoming one of the developing pilgrimage centers in the Karnataka state. The weight of this structure is calculated to be 1,500 tones.

The Narasimha temple situated at the west center of the ancient Bijapur citadel is one of the most revered temples in the city. The temple stands close to a huge papal tree is also known in the name Narasoba, in Bijapur. This temple houses the idol of Dattareya and sandals of Saint Narasimha Saraswathi.

The Torvi Narasimha Temple is a famous temple in Bijapur situated 5 kilometers away from the city in a place called Torvi. The temple is also close to the Sangeeth Mahal, built by the Adil Shai rulers.  On every Saturday of the week special poojas and prayers are conducted here. 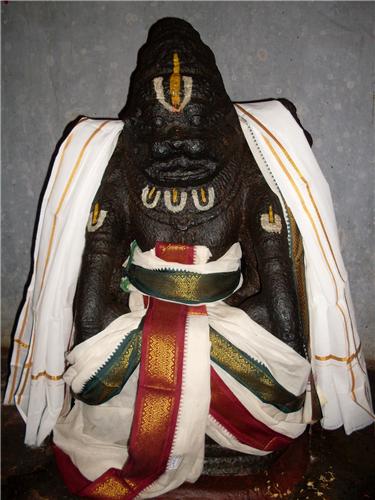 There are many Hindu temples in Torvi, among all these temples; the most important temple is that of Narasimha, which has gained for Torvi the honor of a Kshetra. The Narasimha Swamy temple situated in Torvi, which is 5 kilometers far from Bijapur city is one of the popularly known temples in Bijapur. This temple is also known as Narashoba temple. A pair of sandals or padukas belong to Saint Narasimha Saraswathy are worshiped in this temple. There is a belief among the locals that at the site of this temple, kumara Valmiki composed the very famous Thoravi Ramayana in Kannada. This temple is constructed underground, and is very near to the Adil Shahi's sangeeth mahal. There is one more temple close to the Narasimha temple dedicated to the goddess Lakshmi.

The main icon of Narasimha temple Torvi is in reality of Ugranarasimha but locally taken to be Laxminarashimha. Iconographically and stylistically it is considered as of Maratha period and it must have been installed in the place of the original similar icon not found know. There is a pond in Torvi village known as the Narasimha teertha about 360 meters far from this temple. The natives of Torvi have a trend to visit these temples every Saturday.

Gajanan temple is one of the few temples in Bijapur dedicated to Lord Ganesha. It is being believed that the temple was built by Ali Adil Shah I in the 16th century. This small temple has many attractive architectural works within it.

Jami Masjid in Bijapur built by Adil Shahis is the oldest as well as the largest mosque in Deccan region. Famous ruler of Adil Shahi dynasty, Ali Adil Shah I built the Jami Masjid during the 16th century. The mosque is designed in rectangular shape with 120 meter and 85 meter lengths on the sides. The mosque having an area of 116,300 square feet also features a beautiful dome. Read more...

The famous Malik Sandals Mosque in Bijapur is located near to the Bukhara Mosque in the city. The Hindu - Muslim mixture of architecture given to the mosque makes it different from other mosques in the area. Like in Hindu temples, eight faced columns are used to provide support to the roof of the Malik Sandals Mosque in Bijapur. Avoiding the mihrab and central dome, the mosque almost looks like a Hindu temple.

The Mecca mosque in Bijapur is one of the smallest and oldest mosques in the city. Mecca mosque was built by Ibrahim Adil Shah II of Adil Shahi dynasty. The mosque is situated at the middle of the ancient Bijapur citadel. 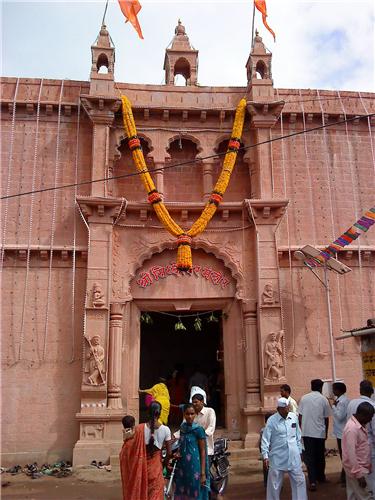 Shree Siddeswar temple is one of the most popular temples of Bijapur district, situated at the heart of the city. This temple is in the behalf of Solapur Shree Siddarameshwar ?f Basav's Saints. It is not only a holy place of Hindus but also a very beautiful tourist place to visit. During makar sankranti there will be an annual fare organized by the temple and this fare is well known for the cattle market, organized by the outside city limits. Farmers from the neighboring villages and states come to trade in cattle during this time. The evenings will be very colorful during this period by the firework display.

Siddeswar also known as Siddarama or Siddarameswara was one of the Acharya of Lingayat. He was a great mystic and a Kannada poet who was a part of Basavannas's veerashaiva revolution during the 12th century. Siddharama have 68,000 vachanas out of which 1379 are in existence and Basavanna, Allama Prabhu, Devara Dasimayya, Channabasava, Siddharama regarded as the most acknowledged and respected poets during this time. Siddeswar philosophy was one of the services to mankind, the path of karmayoga. He shared the world view of other vachana poets in his rejection of blind conventions of caste and sex discrimination and emphasis on realization through personal experience. He too borrows Metaphors from diverse spheres of everyday life. Apart from vachanas, he has written several devotional works in tripadi.