Drama and Theater in Bijapur 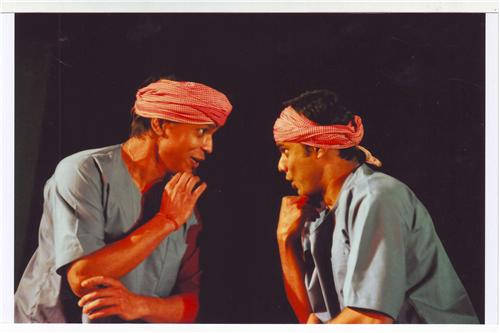 Drama is one of the prominent forms of arts in India. It is a combination of literature and performance. Even though, the importance and acceptance of drama is being reduced among the people in India, this art form with a legacy of more than thousand years still has audiences in the country. Bijapur is a heritage site in south India and the place houses some famous drama theaters like the Kittur Rani Chenamma theatre working near to the Bijapur bus stand.

The Kittur Rani Chenamma theatre in Bijapur is one of the oldest drama theaters in the state of Karnataka and the theater still stages professional dramas in Bijapur. This drama company encourages theatrical performances in Bijapur, while many drama companies in the country are closing down because of the lack of support by the people and government to this wonderful art. This theater with an age above 60 years has witnessed all the changes occurred in the field of drama in India during the second half of the 20th century.

Kittur Rani Chenamma Theater was started by K. V. Subbanna, as an experiment in the name Ninasam (Shri Nilakanteshwara Nataka Sangha). Summer season is the time when this theater becomes busy with many theater workshops. These workshops are usually sponsored by the local administration of Bijapur. The theater has been presented a surprising no. of plays in Bijapur till the date including mythological, historical, social and comical dramas. Shaikh Mohiuddin Khedagi, one of the famous playwright as well as actor in Bijapur is one of the experienced members of Kittur Rani Chenamma theater, working with the theater for many years.

Bijapur Grameena Natakotsava is a rural theater festival conducted in Bijapur by the district administration of Bijapur and Karnataka Drama Academy. Theater groups from Bijapur and neighbouring districts will perform in this event.

Dance is a prominent art form and it has a good acceptance all over India. Different kinds of dance like Classical dance, western dance styles, and other foreign dance styles have fans in India. Bijapur, being one of the poplar heritage cities in India hosts many institutions providing coaching in different forms of dance. Coaching for classical dance is available at many places in this city. More than institutions, private persons provide dance coaching here. Dance coaching institute in Bijapur provide coaching in a variety forms of dances. Children are the majority of students in the Bijapur dance institutions.


Step Up Dance Class in Bijapur

Step Up Dance Class is a popular dance institution working in Bijapur city. The institution provides coaching in many of the modern forms of dances.

Comments / Discussion Board - Drama and Theater in Bijapur