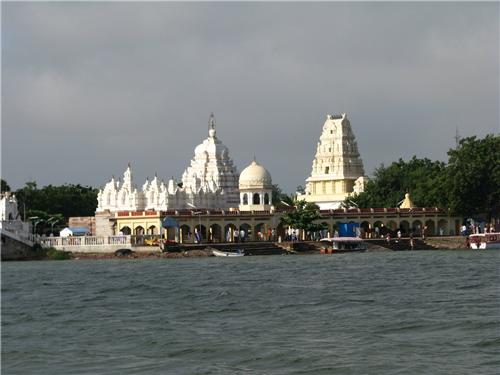 Basavana Bagewadi also known as Ingaleshwara Bagewadi is a panchayath town situated 42 kilometers from Bijapur district in the state of Karnataka. It is the birth place of saint basavanna and the birth place call as basava smarak. This place now comes under kudala sangama authority department of Basavana Bagewadi. Lord basaveshwar is famous for his religion and became lord of world as he is very good at this new religion veerashiva lingayat dharma and informed peoples to make ‘kayaka’ means work that is kayakave kailasa means work is worship.

Basaveshwar temple also known as jagadguru basavanna temple, constructed in 11th century ad during the rule of the chalukya dynasty. There are many sculptures in this area more than 2,000 sq ft. This temple is located in Bijapur district of Karnataka.

Lord Basava was the great prophet and social reformer, who were born in Basavana Bagewadi in Bijapur District, in North Karnataka. Basaveshwara was born to Madiraja and Madalambike on the third day of Vyshakha month of Anandanama year in Rohini star, according to the Hindu calendar. Madiraja was the chief of an important township called Agrahara situated in Basavana bagewadi. This great soul lived in the 12th century and he is considered as the guru by few and some people considered him as an incarnation of Nandi, because this great saint was a great devotee of lord Shiva. Basvanna, a true visionary and a revolutionary who gave universal religion called Ligayatism or also known as Veershaivism, which literally means 'The brave followers of Shiva' to the mankind.  His ultimate aim was to make this fundamental right available to each and everyone. For the accomplishment of his aim he hastened programs to take religion to the people, by preaching and writing religious literature in Kannada. The samadhi of Basavanna was at Kudalasangama.

One of the major attractions of Basavan Bagewadi area is the Alamatti Dam built Across the Krishna River. It has an Imposing height of over 550 metres and the reservoir of this dam filled with water is a breathtaking view for the visitors. 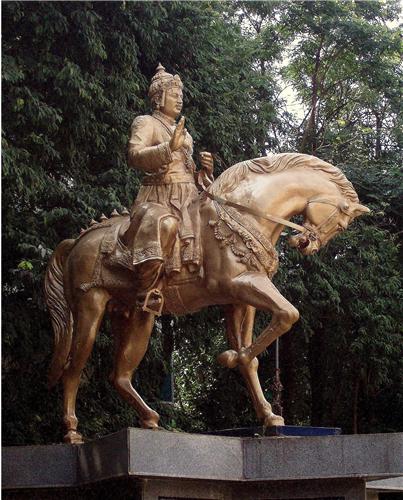 Kudalasangama, an Important Pilgrimage center for Lingayats located 15 kilometers from Alamatti dam. It houses Aikya Mantapa, the holy Samadhi of Basavanna along with Sabha Bhavan. Sabha Bavan is a huge auditorium with a seating capacity for 6,000 people. The beautiful doorways on four sides surround the huge grey dome in the centre. Another most visited place is the Sangamanatha Temple, which attracts visitors owing to its beautiful architecture and Chalukya style of construction.
Aihole is another must visited place nearby Basavan Bagewadi. In Aihole there are more than 125 temples and these popular temples are the Konti Temple Complex, Hutchmalli Temple, the Jain Meguthi Temple, Uma Maheshwari Temple, Ravalphadi Cave Temple and the two storeyed Buddhist Temple.

There many interesting places for sightseeing in Bijapur which lies in close proximity to Basavana Bagewadi are Aihole, Badami, Pattadakal and Kudal sangama. Aihole is 110 kilometers far from Bijapur. There are more than 125 temples in Aihole and these popular temples are the main attractions for the visitors. Badami is located 120 kilometers from Bijapur and the main attractions of Badami are the museum which was established by the archeological survey and the bhutannatha temples. Another interesting place near Bijapur is Pattadakkal which is located 134 kilometers from Bijapur. Pattadakkal is a world heritage center, there are about 10 important temples representing the early chalukyas architecture. The most important temples located here, which the visitors must see are the mallikarjuna and papanatha temples. Kudal sangama, a small hamlet that overlooks the scared confluence of the river krishna and Malaprabha and this place is a must visit on your Bijapur tour.

Tourists can visit Basavana Bagevadi anytime of the year, but the best time to visit this area is from the months of October to March. Summers in Karnataka last from March to September. In summers this area is warm with the temperatures reaching a maximum of 35 degrees and winters are generally cool with temperatures falling to 15 degrees. Winters last from November to February. Basavana Bagevadi is located at an altitude of 608 area meters and it has a total population of less than 30,000 people.


How to reach Basavana Bagewadi