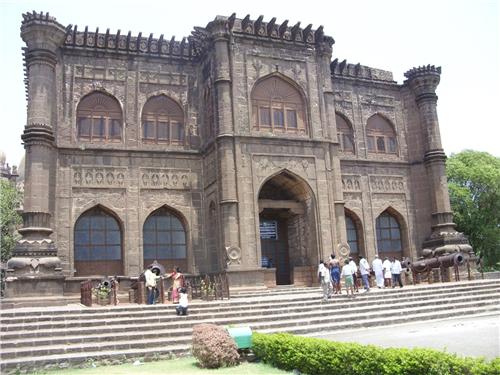 Museums in India are famous for the collection of artifacts of the medieval times. Museums protecting the ruins and remaining of ancient dynasties and civilizations are commonly seen in all the heritage cities in India. Bijapur city in the Bijapur district of north Karnataka is also such a place in India, where popular museums in the city protects the artifacts developed here in the ancient times. The history of this city starts in the early stages of the 11th century, when the prominent dynasties of the Deccan region Chalukya dynasty built the city as their capital. Then the city came under the rule of Adil Shahis by the end of 15th century and the dynasty left so many land marks in this city during their time. The archeological museum operating in the compound of Gol Gumbaz in Bijapur is the one and only popular museum in the entire Bijapur district. Artifacts and articles of different eras like medieval times, pre independent era, and post independent era are protected in the archeological museum in Bijapur.


Features of Archeological Museum in Bijapur

The royal and the large showcases introduced in this structure to keep articles by the British officers, when India was under their control. British people make the site as a wonderful place with a classic interior. The collection of articles in the Bijapur Archaeological Museum includes inscriptions in languages like Arabic, Kannada, Sanskrit, and Persian. So many other objects, which were used during the time between 11th and 17th centuries in Bijapur like, ancient coins, wooden carvings, China wares, carpets, miniature paintings are also available in the galleries of the Archaeological Museum in Bijapur.


Galleries of the Archeological Museum in Bijapur

Miniature paintings, China porcelain wares, carpets, Arabic and Persian manuscripts are the important items displayed in the 6th gallery of Bijapur museum. The archeological museum in Bijapur be opened for the public to visit on 6 days of the week and the museum will be kept closed on the Fridays of every week. This museum opens at 10 in the morning and visitors are allowed to enter till 5 in the evening. The archeological museum in Bijapur charges a cheap rate of 2 rupees as the entry fee for a person and the entry to the museum is available free of cost to the children of age less than 15.